Argentina is the main wine producer in South America. Its history began in the middle of the 16th century, from the time of the conquest of the territory by the Spaniards. Its name means "silver" in Spanish. It was this precious metal that the conquistadors hoped to find. But it turned out that the wealth of Argentina is something completely different.

The wine culture of the country began to develop actively in the middle of the 19th century. The statesmen invited a French agronomist, Professor Michel Pouget, to work there. He brought the European grape variety Malbec to Argentina. The local terroir, with high mountains and a hot climate, was ideal for the grapes known in France as "auxerrois" and "cot". The variety was a modest "gray eminence" for blending Bordeaux wines, and only after emigration revealed its rich potential and became famous throughout the world.

Steakhouse Butcher announces a festival of Argentinean Malbec from the main wine-growing zone of the country - Mendoza. Find out what the most popular "meaty" grape variety is capable of.

MALBEC PURE / TRAPICHE is a well-rounded wine with an elegant fruity bouquet, which reveals tones of ripe cherries and plums. 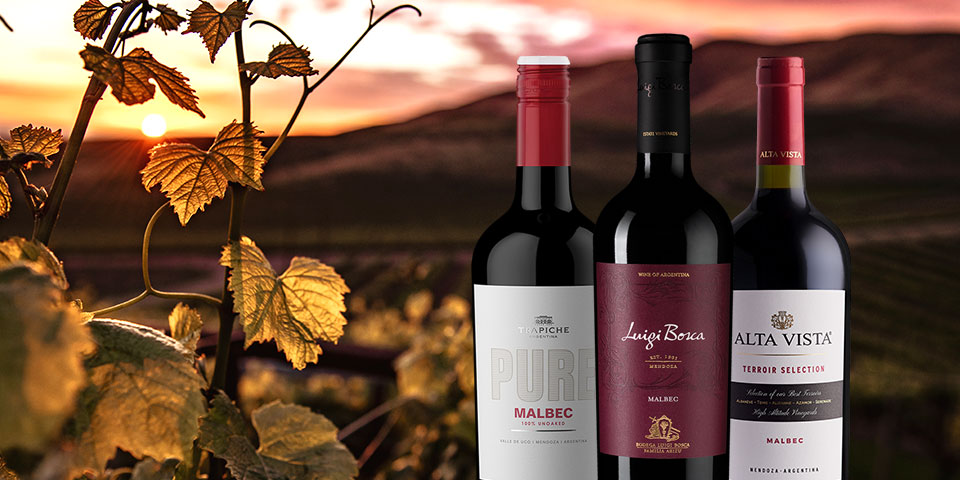 ATTENTION!
The background information on the assortment of alcoholic beverages on the website does not constitute an offer to purchase and is communicated to visitors in accordance with the requirements of the RF Law dated 07.02.1992 No. 2300-1 “On Protection of Consumer Rights” and the Federal Law of 28.12.2009 No. 38-FZ “On the fundamentals of state regulation of trading activities in the Russian Federation with regard to the restrictions established by Federal Law of 13.03.2006 No. 38-ФЗ“ On Advertising ”(as amended by Federal Law of 27.07.2012 No. 119-ФЗ).
Have you turned 18 years old?
Yes i am 18 years old No, leave the site