Cabernet Sauvignon is called a great conqueror. Its vines can be found in almost every wine region. Given this popularity, it is hard to believe that it is one of the youngest grape varieties. It appeared only in the 17th century, as a result of crossing of two famous varieties - Cabernet Franc and Sauvignon Blanc. The first and most famous wines dominated by Cabernet Sauvignon reached the highest levels of the Official Bordeaux Wine Classification of 1855.

California has made a significant contribution to the history of the variety. This was facilitated by our compatriot Andrei Chelishchev. It was he who created the first European-level wine from Cabernet Sauvignon grapes in the "Golden State".

The famous Parisian tasting of 1976 became a key milestone in the fate of the California Cabernet Sauvignon. The reit managed to defeat strong competitors from Bordeaux and gain worldwide fame.

In California, “cab” is used to create truly great wines. Powerful, full-bodied, they have a rich taste with tones of black currant and ripe fruit. And with age, the taste reveals notes of spices, vanilla, chocolate, coffee and tobacco.

"Butcher" Steak House announces the festival of the California Cabernet Sauvignon. The most popular wine in the USA intrigues, surprises and delights!

CABERNET SAUVIGNON / HAHN — the piquant aroma of the wine reveals notes of blackberry, blueberry and toasted oak. Persistent tannins and a smooth finish with tones of ripe red fruits.

CABERNETSAUVIGNON «1000 STORIES» / FETZER — a full-bodied wine with rich aroma. On the palate, tones of cherry liqueur and black currant change into tones of caramel, tobacco leaf and vanilla. 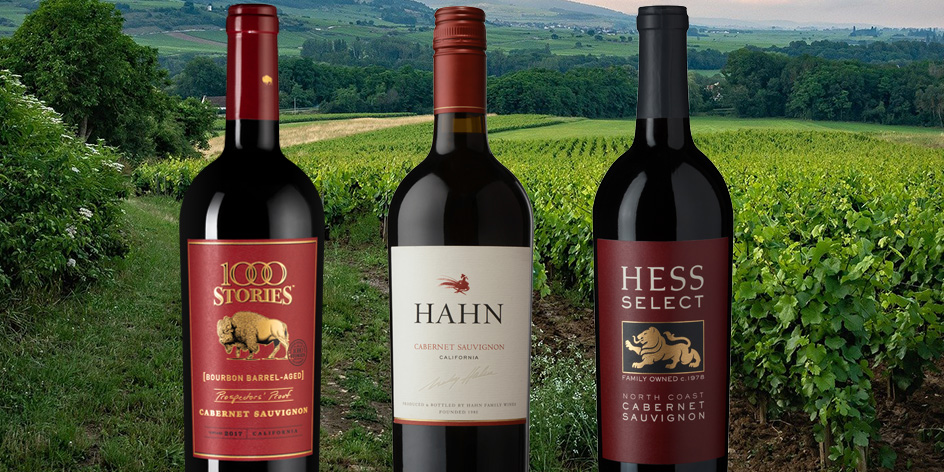